We left Germany with a fridge full of bockwurst and crossed into Switzerland, stopping at the border to complete forms we could not understand, handing over €32 hoping that this would be enough to allow us to drive through Switzerland. Basically, if you want to drive in Switzerland you have to pay, but we think it is worth it. The scenery is beautiful and as we passed through the snow capped Alps in the sunshine, to our first stop in Brunnen a beautiful small town on the edge of Lake Lucerne, David said that this is the most stunning place we have visited so far. The sun shone, we were in the holiday mood and thought, let’s blow the budget have have two beers ! We did check the price before we bought them and at an exchange worked out just over £6.60 which we didn’t think was too bad for Switzerland. We spent only one night in Brunnen as we had now booked our ferry to Greece and had a time scale to keep. Next stop was Lugano, now all we can say is WOW. This is where the elite hang out. The most expensive jewellers, selling the most expensive watches we have seen, Louis Vuitton, Hermes, Gucci, Moncier, the list is endless. We wandered the streets, found a vintage market and then onto the lovely park. Chloe was happy, she had found some grass and we tasted the most delicious ice-cream. The cars just dripped money and it did remind me of Southend Seafront with cars cruising along the front, obviously these ones were slightly more expensive ! Switzerland is so beautiful and when we leave Greece we would like to spend some more time exploring the country. We then crossed into Italy, the 7th Country in less than 3 weeks. Our destination for our overnight stop was Igea on the East Coast. All we can say is, Italy have the worst roads we have come across so far in all our travels. Trying to avoid as many pot holes as we can and we had got use to this, after our visit back home for 3 weeks. But we can honestly say that Italy does have worst pot holes than the UK. Finally we arrived at Igea, thankfully with our suspension still intact. Igea is a seaside resort and was a ghost town when we visited. The season doesn’t start until mid May, nothing was open. But they were painting everything and anything getting ready for the season. The next day more driving and a trip to Lidl to stock up the fridge and finally we arrive at Bari Port to catch the 10 hour ferry crossing to take us to Greece. The crossing was overnight and we had sleeping on board, meaning that we could sleep in our own bed, but we were landing at 05.30am and so not so much sleeping was going to happen.  We boarded quickly and were surrounded by tightly packed lorries mainly from Bulgaria but in front of us was another Motorhome from the UK and a lovely couple Liz and Paul from Wiltshire. They were in their first Motorhome and had been travelling since last September and were heading to Patras further South than us, as we were disembarking at Igoumenitsa. It is lovely to meet fellow travellers, to share places we have visited and sharing the same passion. Talking of passion, Liz has the same passion for Baked Beans as us and craving them after 8 months on the road. Now we have a few tins, having stocked up before we left, and knowing that craving we gave them a tin. We hope they throughly enjoyed them 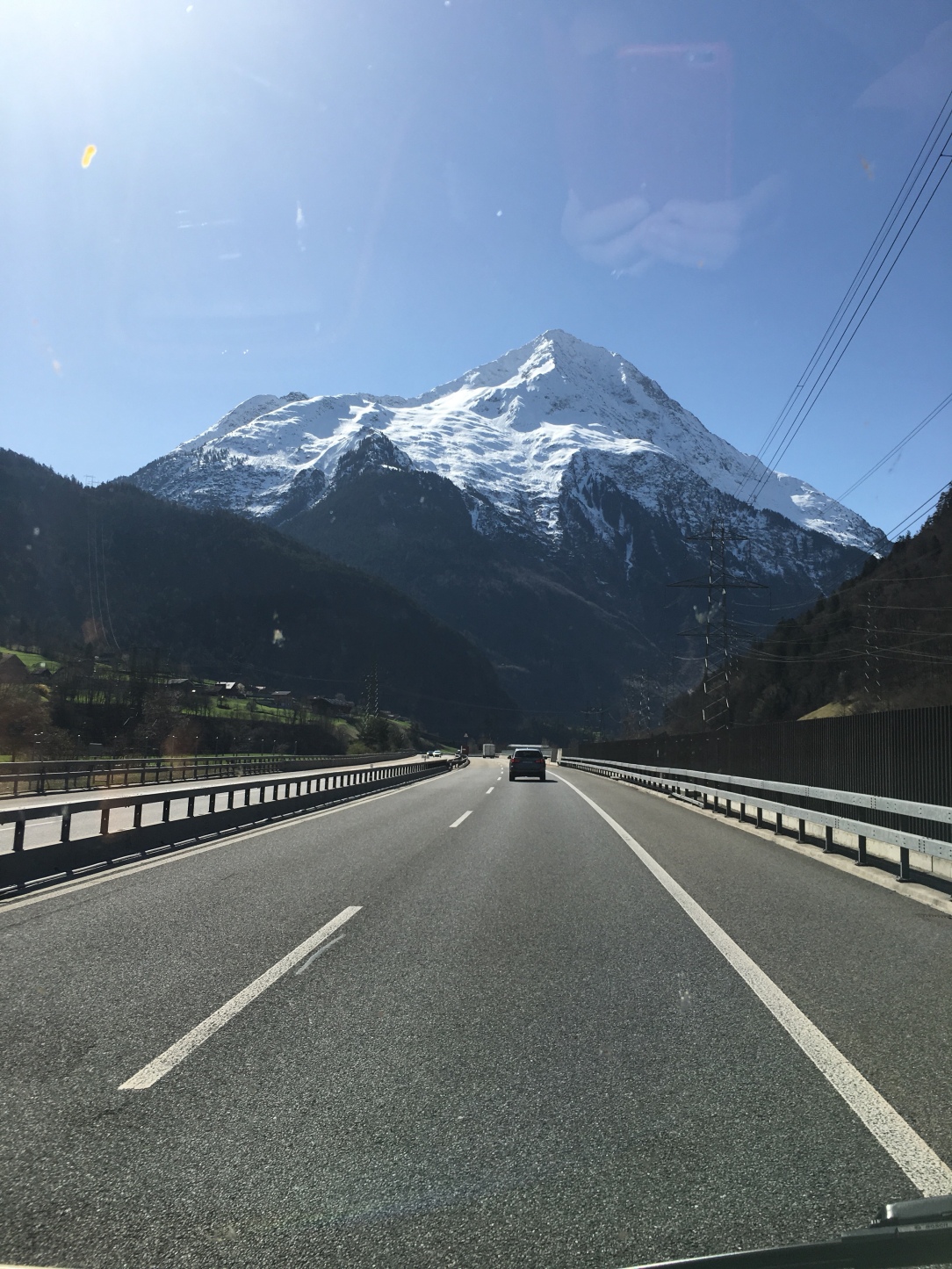 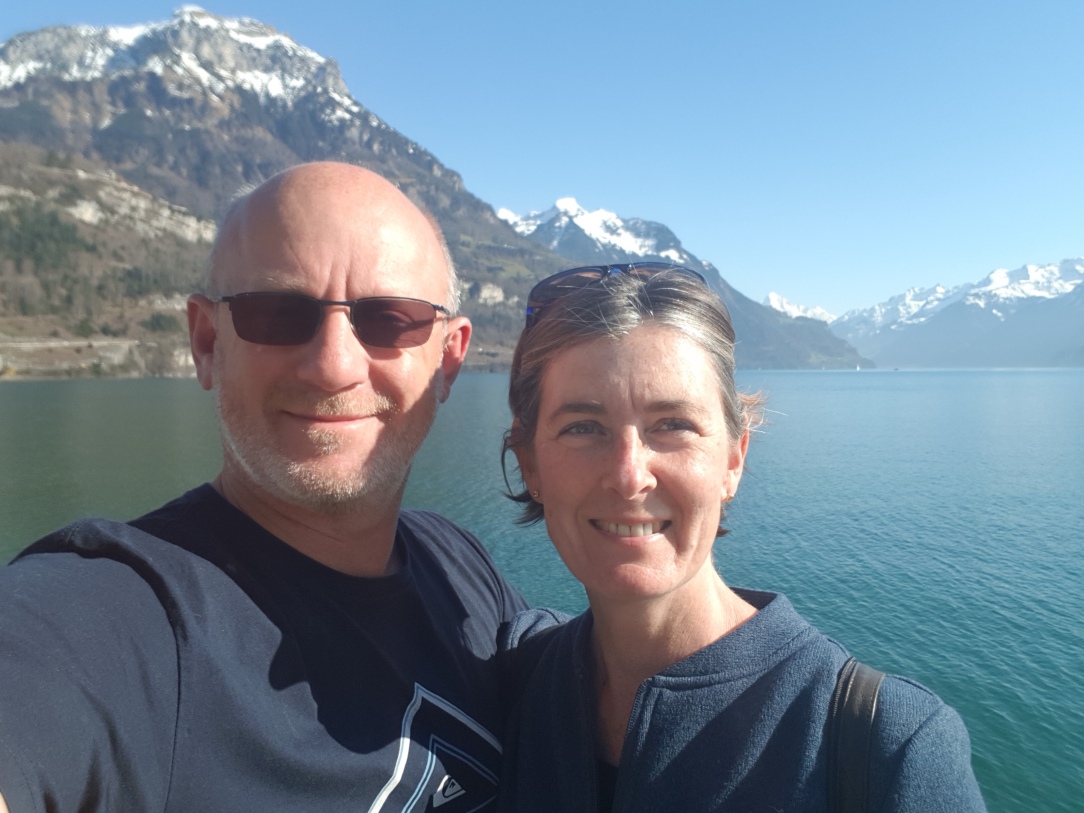 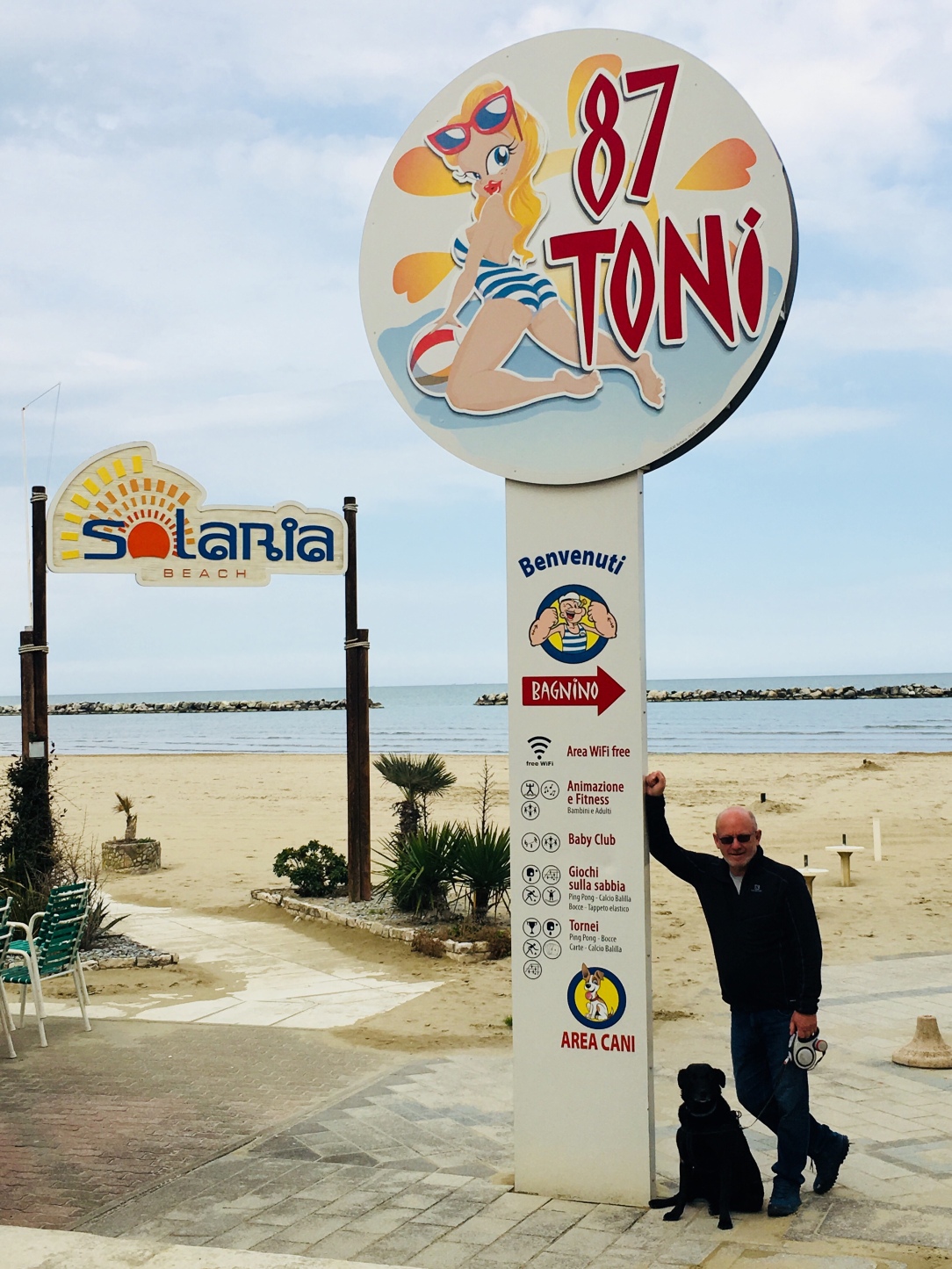 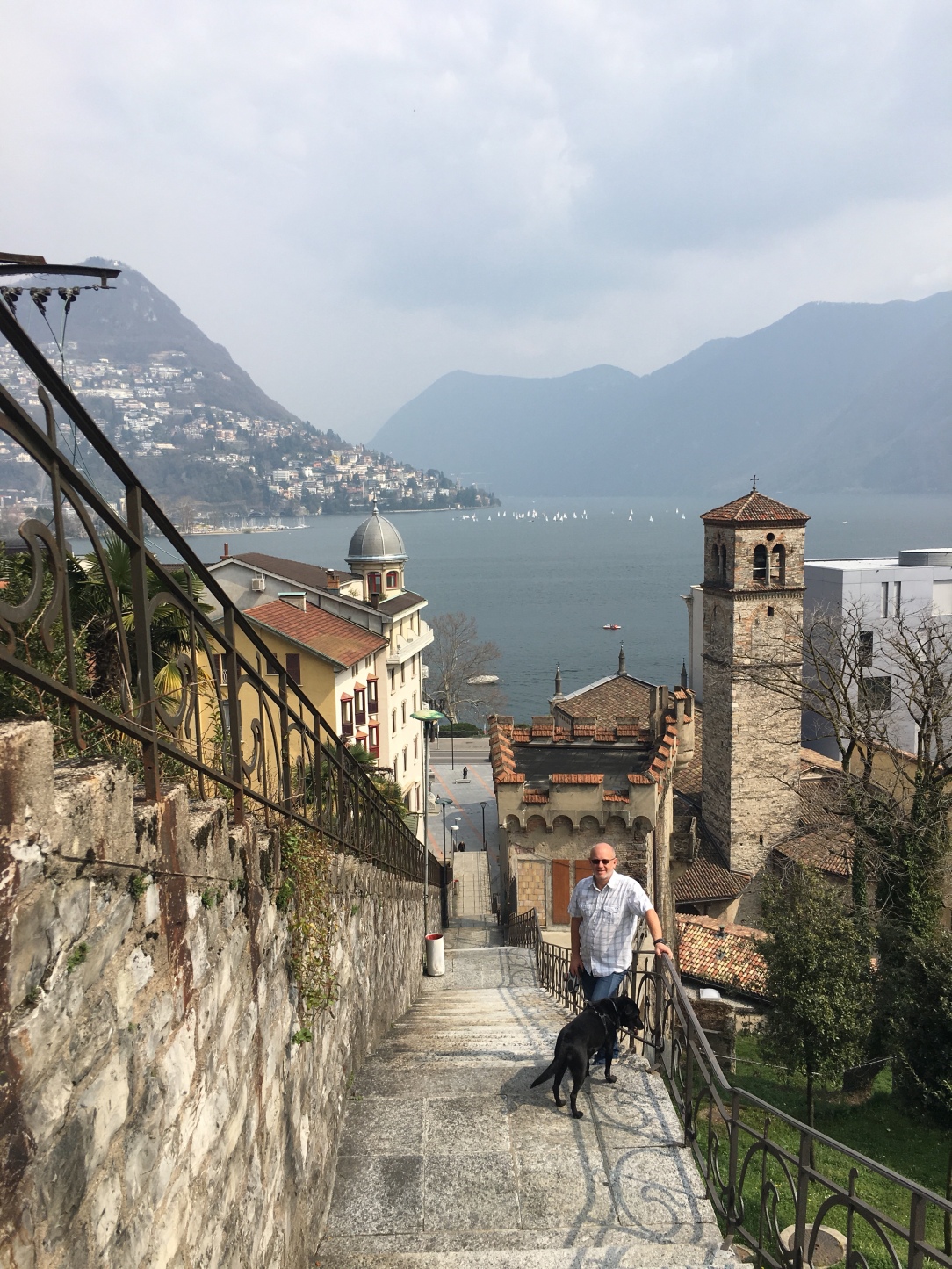 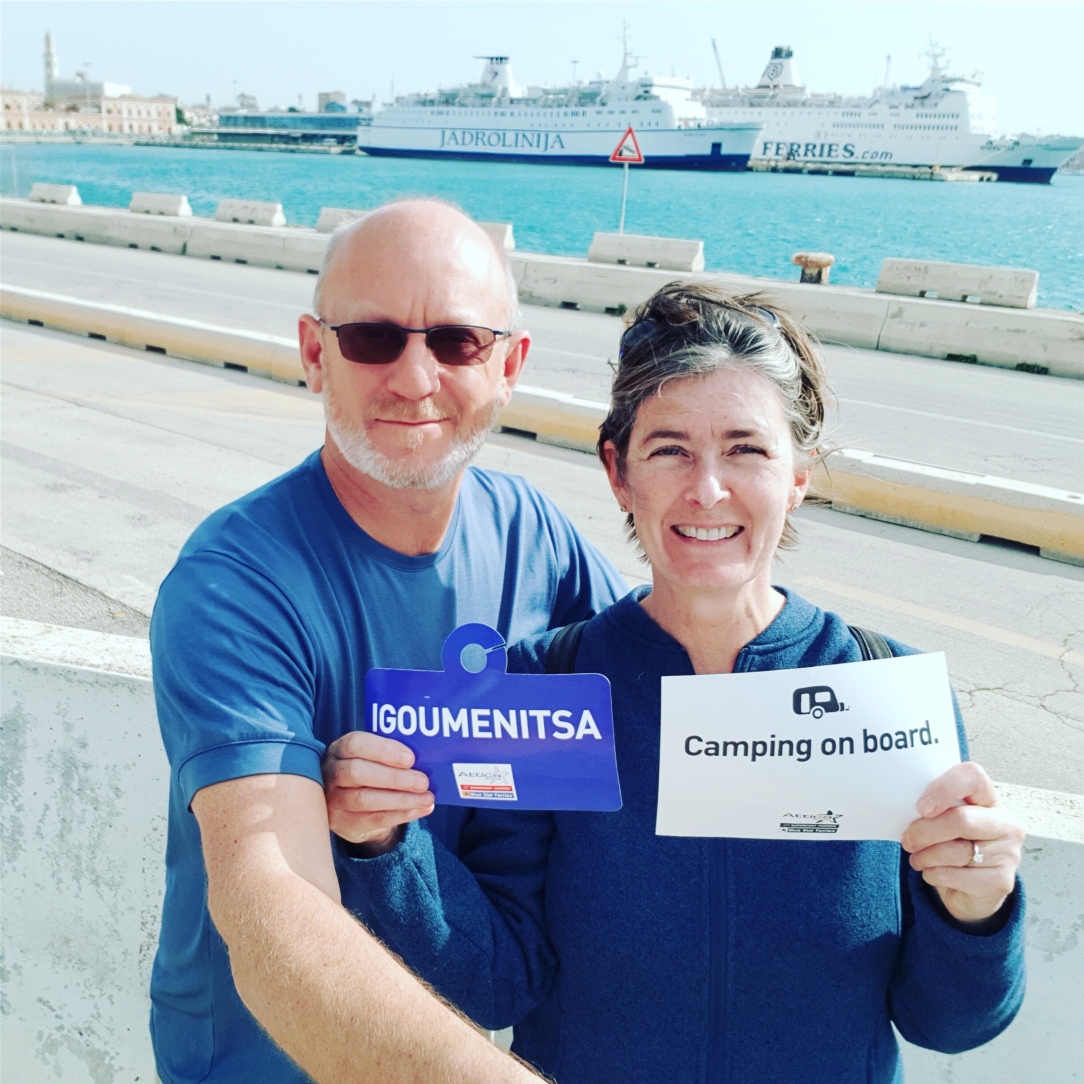 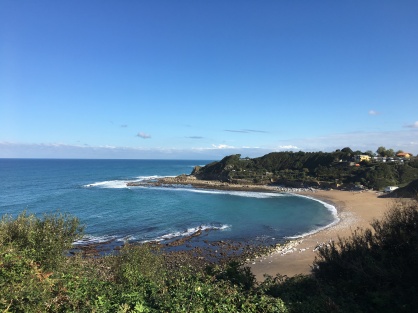 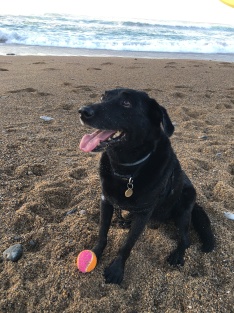 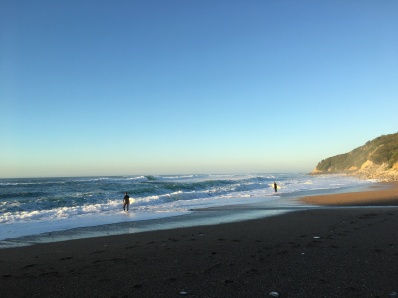 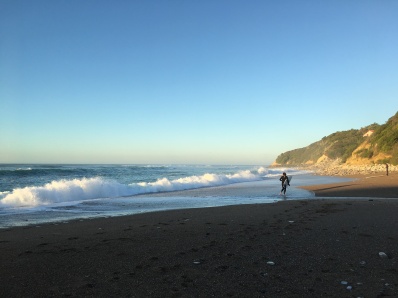 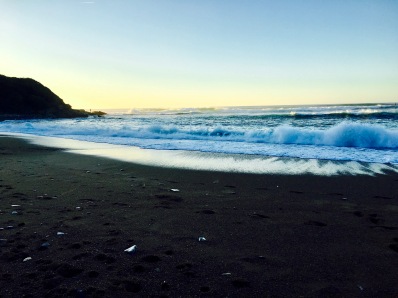 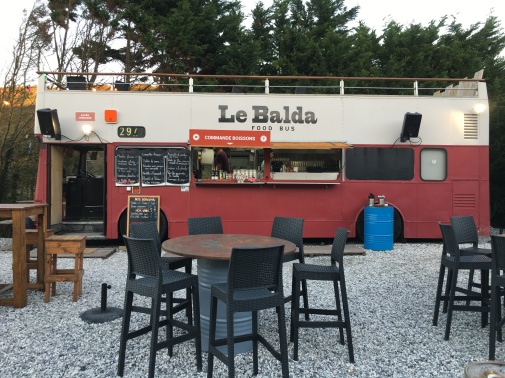